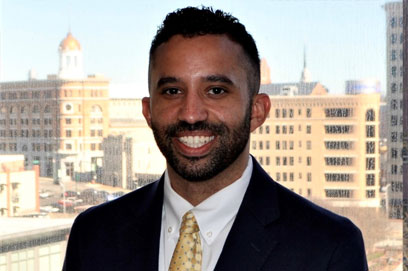 Michael (Mike) Jones is a Chattanooga native. He graduated from C.S.A.S. in 2010 before attending the University of Tennessee, Knoxville where he received a B.A. in Political Science, Pre-Law.

Michael graduated from the University of Mississippi School of Law in May of 2018 where he received a certificate-concentration in Criminal Law. While in law school, Michael participated in the Ole Miss Law Street Law Clinic and Criminal Appeals Clinic assisting indigent clients with various family law, bankruptcy, social security and criminal appeals matters. During the summer after his second year of law school, Michael received a limited practice license while interning with the Nashville District Attorney’s office assisting prosecutors arguing in bench trials, jury trials and various hearings.

Michael joined our office in August of 2018 where he focuses his practice in the area of general liability defense, including automobile and motor carrier accidents, premises liability, insurance coverage issues and construction litigation. Michael has always believed in protecting the rights of the criminally accused and has now expanded his practice into criminal defense assisting clients in various criminal matters including felony and misdemeanor drug cases and helping those who have been charged or convicted transition back into society by assisting clients with expungements.