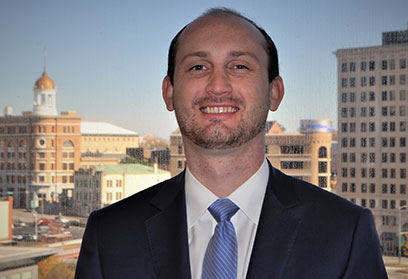 Alan Blount is a Memphis native. He received his Bachelor of Science Degree in Business and Enterprise Management from Wake Forest University in 2012. Alan graduated from the University of Memphis Cecil C. Humphreys School of Law in 2015. While in law school, he served on the Editorial Board of the University of Memphis Law Review and was elected to the Honor Council as a Student Justice. He also received the CALI Award for Excellence in Evidence. After law school, Alan clerked for the Honorable Chancellor Jim Kyle in Shelby County Chancery Court. Chancellor Kyle, who served as a Tennessee Senator for thirty years, brought an interesting, thoughtful, and invaluable perspective to Alan’s practice of law.

Alan is the proud father of two children: Parker and Hazel. He and his wife, Emily, enjoy exploring the beautiful Chattanooga area, kayaking, and watching Memphis Grizzlies basketball. He also loves playing guitar and recording music in his free time. 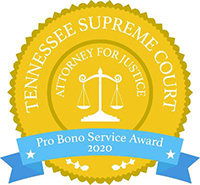